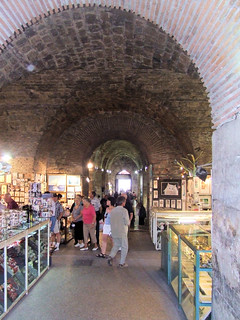 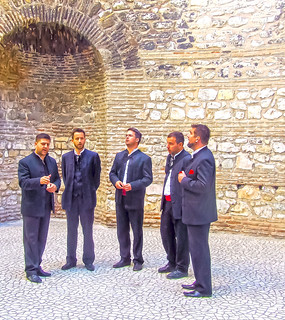 The city was founded as the Greek colony of Aspálathos in the 3rd or 2nd century BC on the coast of the Illyrian Dalmatae, and later on was home to Diocletian's Palace, built for the Roman emperor in AD 305. It became a prominent settlement around 650 when it succeeded the ancient capital of the Roman province of Dalmatia, Salona. After the sack of Salona by the Avars and Slavs, the fortified Palace of Diocletian was settled by Roman refugees. Split became a Byzantine city. Later it drifted into the sphere of the Republic of Venice and the Kingdom of Croatia, with the Byzantines retaining nominal suzerainty. For much of the High and Late Middle Ages, Split enjoyed autonomy as a free city of the Dalmatian city-states, caught in the middle of a struggle between Venice and Croatia for control over the Dalmatian cities.